High-quality towers of 15 to 30 storeys should be allowed near Subiaco, Claremont, Cottesloe and North Fremantle train stations, one of the State’s leading architects says.

David Hillam, the man behind some of the proposed skyscrapers in South Perth and Scarborough’s twin towers plan, said high-rise would help preserve the character of streets with older heritage homes.

“It would take pressure off the rest of the suburb,” he said.

“What would be more detrimental to those suburbs is poor-quality infill,” he said.

While he has long enjoyed apartment living — having lived in three apartments in the past five years — Mr Hillam said he understood opposition to skyscrapers in some older areas.

But he said allowing multi-storey towers within 400m of western suburbs train stations was beneficial because it would help meet infill targets while preserving the local character in the rest of the suburb.

Mr Hillam said it was important for the community to leverage negotiations with developers wanting to build tall towers so as to gain wider benefits for the area, such as pocket parks, public halls or other spaces.

He cited the $400 million Scarborough twin towers proposal, which is unlikely to go ahead, as a prime example of a development that offered ample public benefit in return for height allowances.

The 3 Oceans development proposal included a public viewing area, an art gallery and an overhead walkway.

“Local authorities and communities contemplating height should understand it’s an opportunity to have a say about the quality of the building and ensure some great benefits for the community,” Mr Hillam said.

He said a proposed tower in Applecross had set aside benefits worth “millions of dollars”, including an area for a men’s shed, consulting rooms for an aged-care consultant, a community craft room and a water sports hire facility.

While these spaces would draw rent, Mr Hillam said the amount was drastically reduced as a result of designating a purpose for each space.

He said some other developers had failed to offer any public benefit in return for height allowances.

Mr Hillam said high-density was also suited to other spacious undeveloped areas in the western suburbs, such as Subiaco Oval, as well as around some train stations along other lines, provided it was close to jobs. 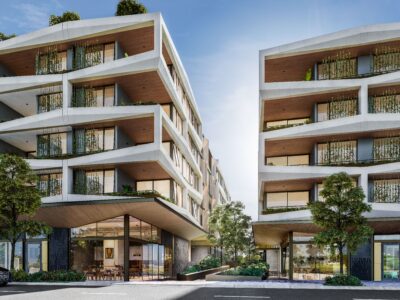